For two months over the summer, the Roman Baths, Bath ran an offer for dinner and a guided tour for just £38. We were asked to create a digital advertising campaign to promote the offer and drive ticket sales.

In order to track the success of the entire campaign, we created a microsite which recorded every “click” to learn which messages were most effective. 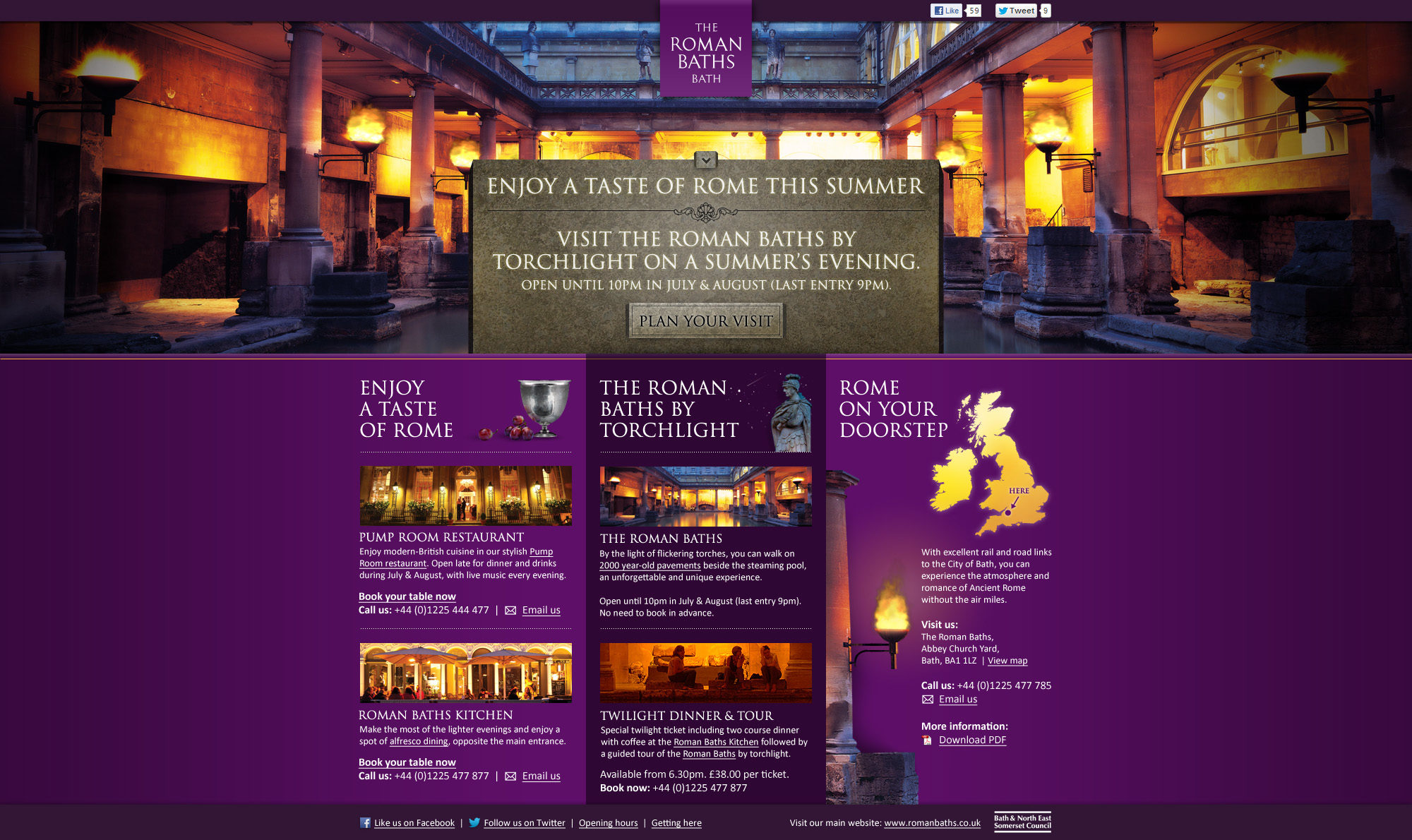 Using a combination of Facebook advertising, PPC and re-marketing on the Google Display Network we were able to to test a variety of different messages throughout the campaign, and optimise the ads accordingly.

The Roman Baths, Bath asked us to create a simple, mobile-friendly gallery for their recent Summer campaign. The gallery is easy for them to administer through a CMS, adding images with the relevant #tag within Instagram.

We also designed printed flyers to promote the campaign within the museum and encourage people to upload photographs of their visit for a chance to win. 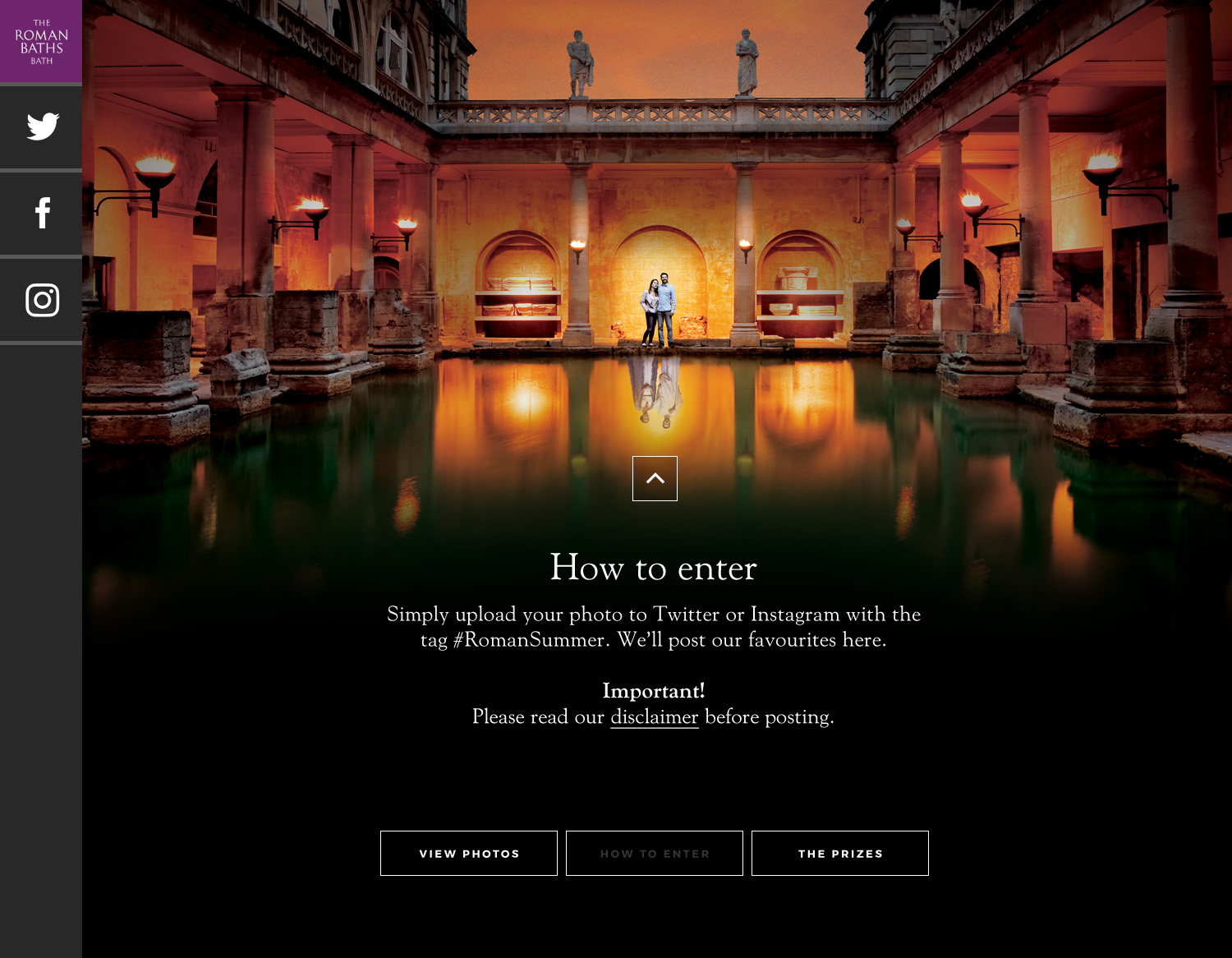 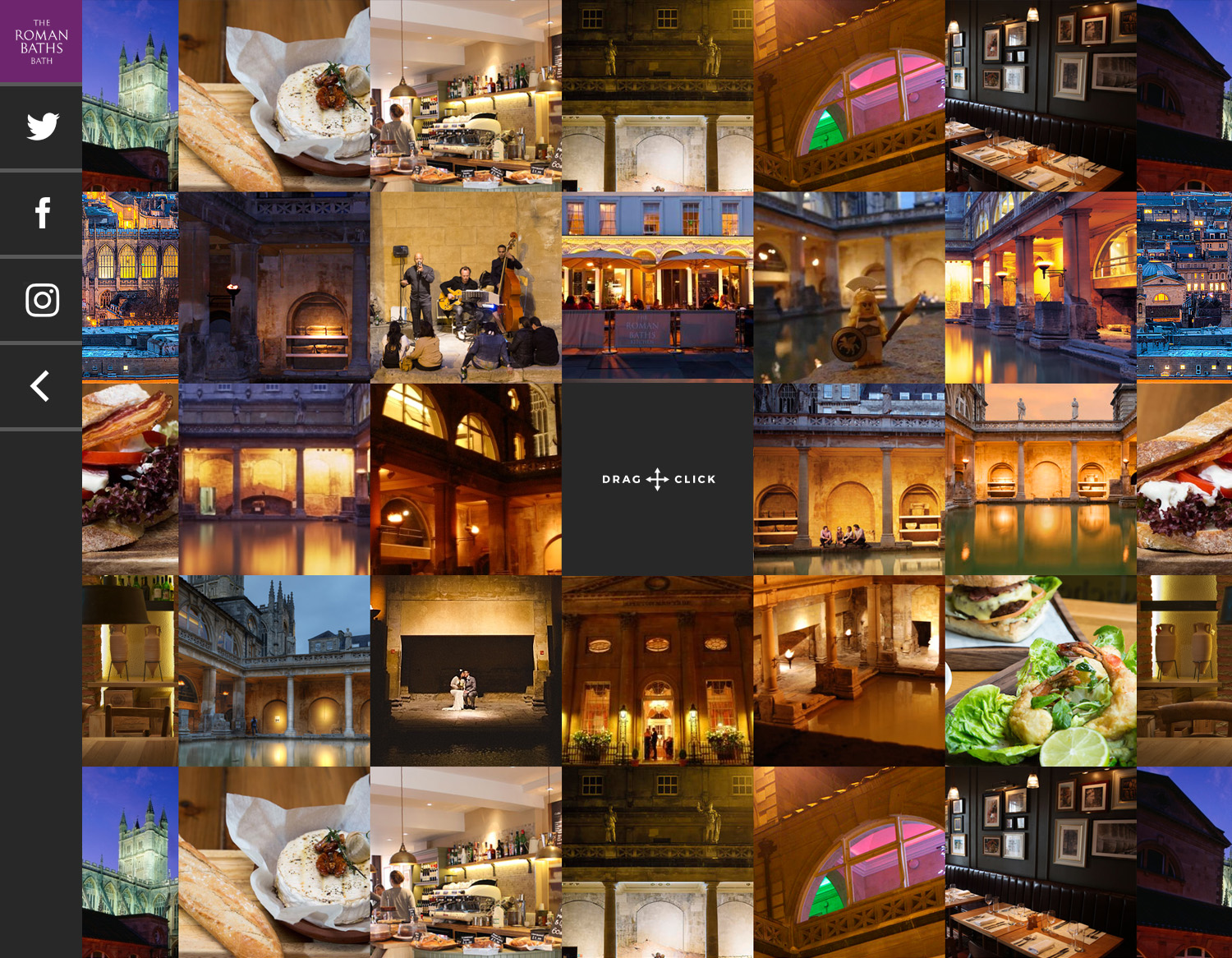 After the success of last year’s torchlit Roman Baths campaign, and the Easter treasure hunt competition, the Roman Baths, Bath asked us to work on developing a new digital look for their 2014 summer campaign.

The digital aspects of the campaign featured online display advertising on Trip Advisor, VisitBath.co.uk and the Google Display Network, in addition to in-video YouTube and Facebook advertising.
We produced over 60 animated banner ads and almost 100 individually-targeted Facebook ads for them as well as an engaging, animated landing page with a mobile-friendly responsive front-end. 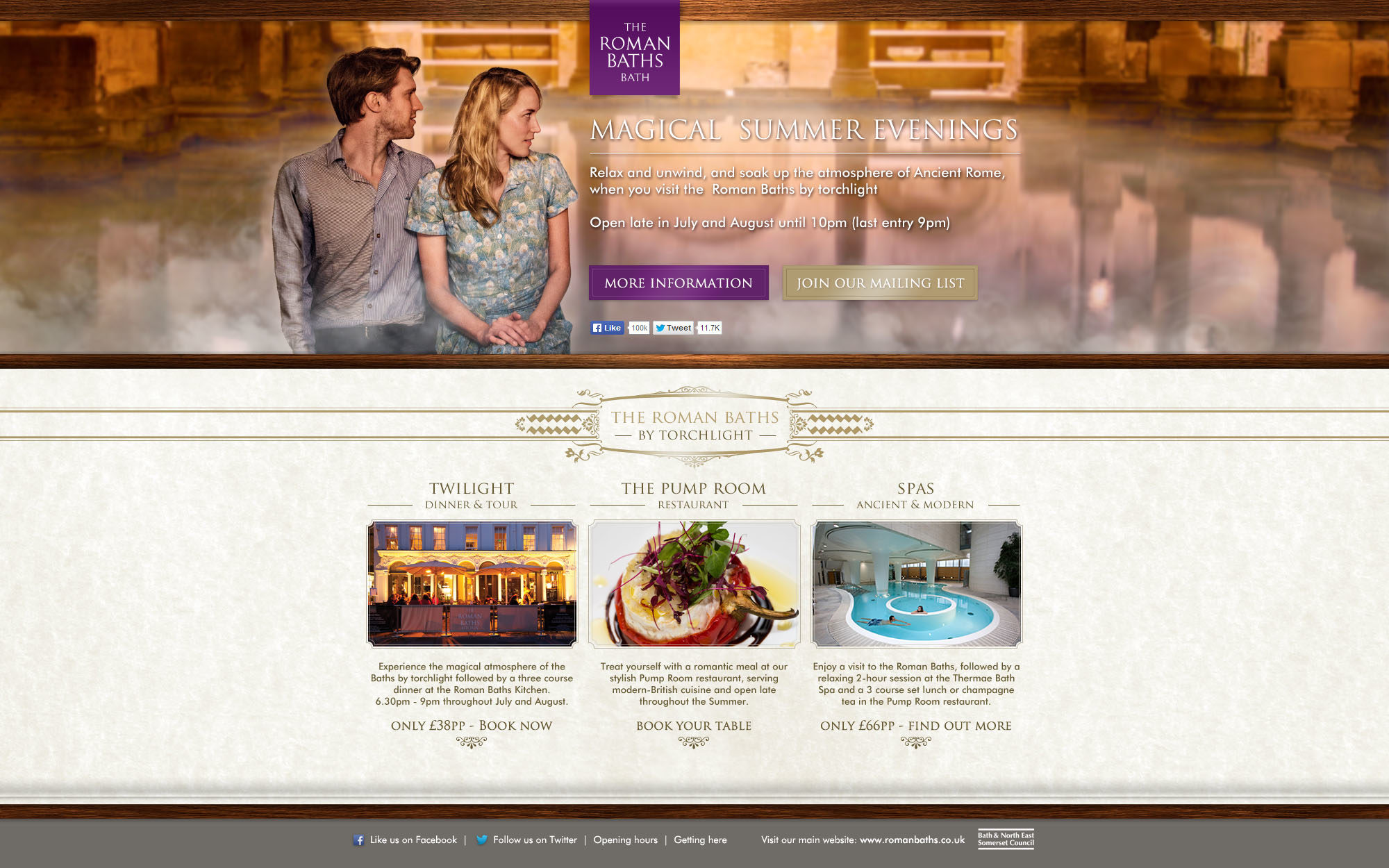