We were asked to develop digital ideas to promote the return of the Beau Street Hoard to the Roman Baths, Bath over the 2015 Easter break.

The real life hoard is made up of over 17,000 silver Roman coins and we wanted to communicate this to children and adults alike in a fun and engaging way. 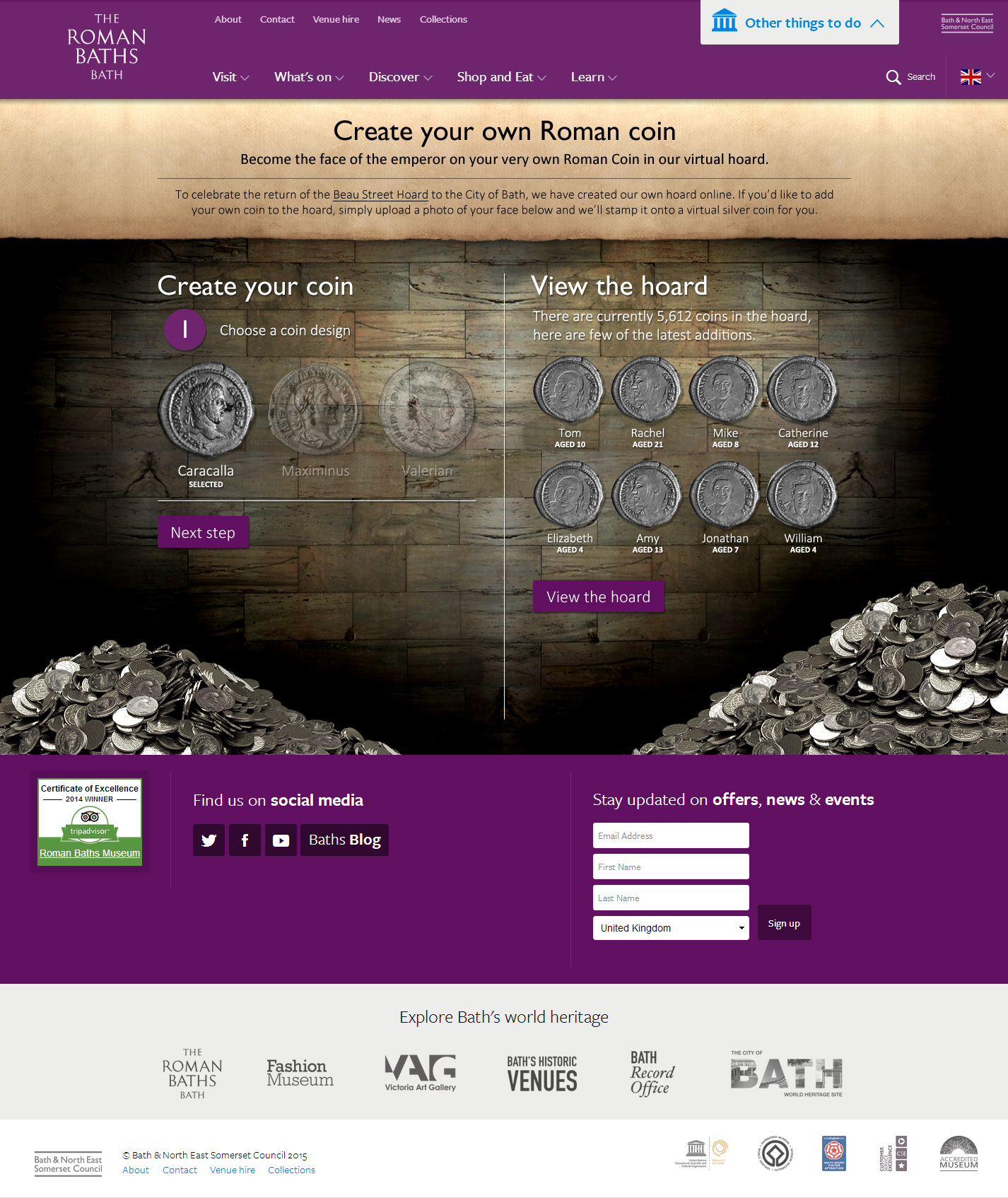 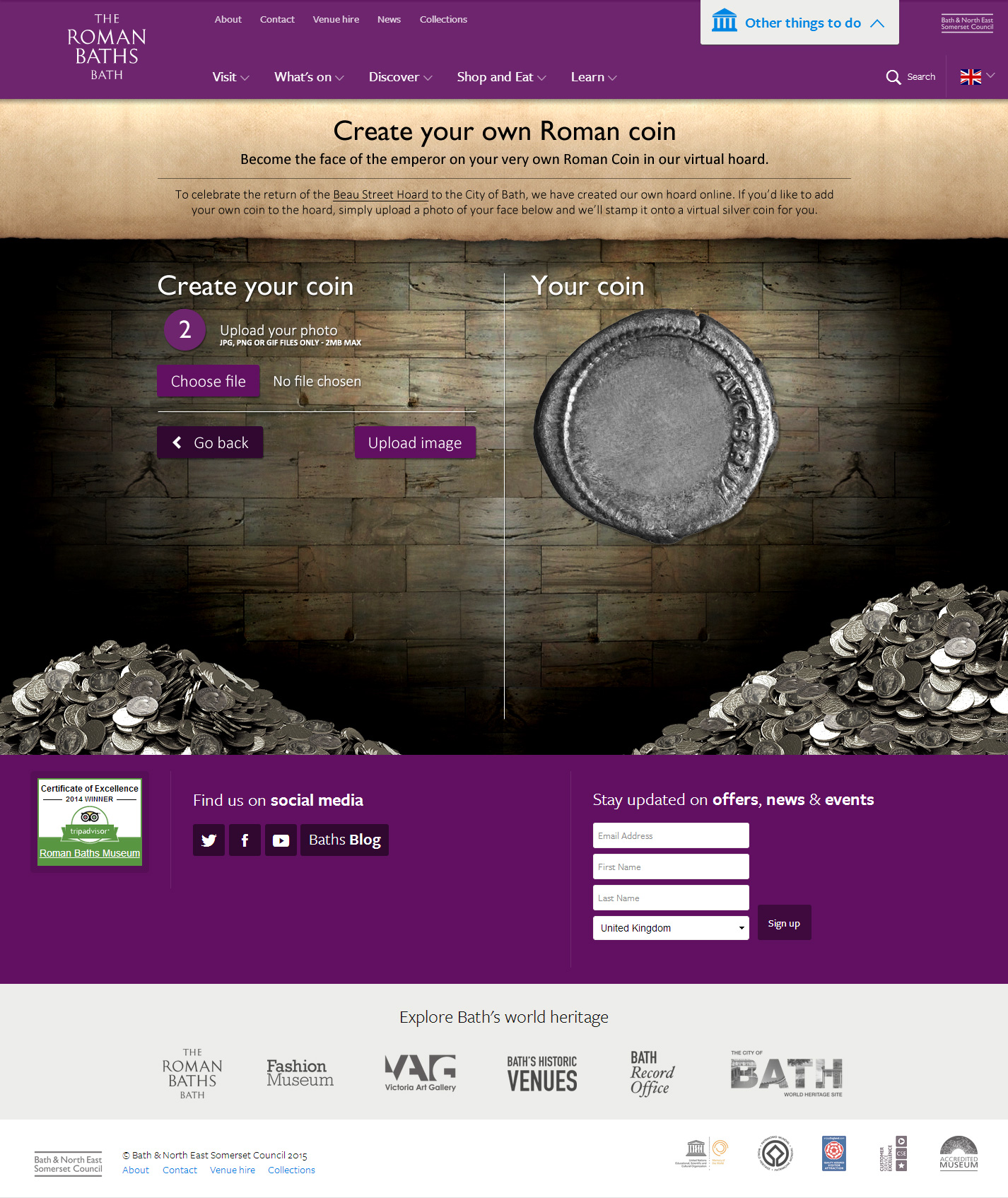 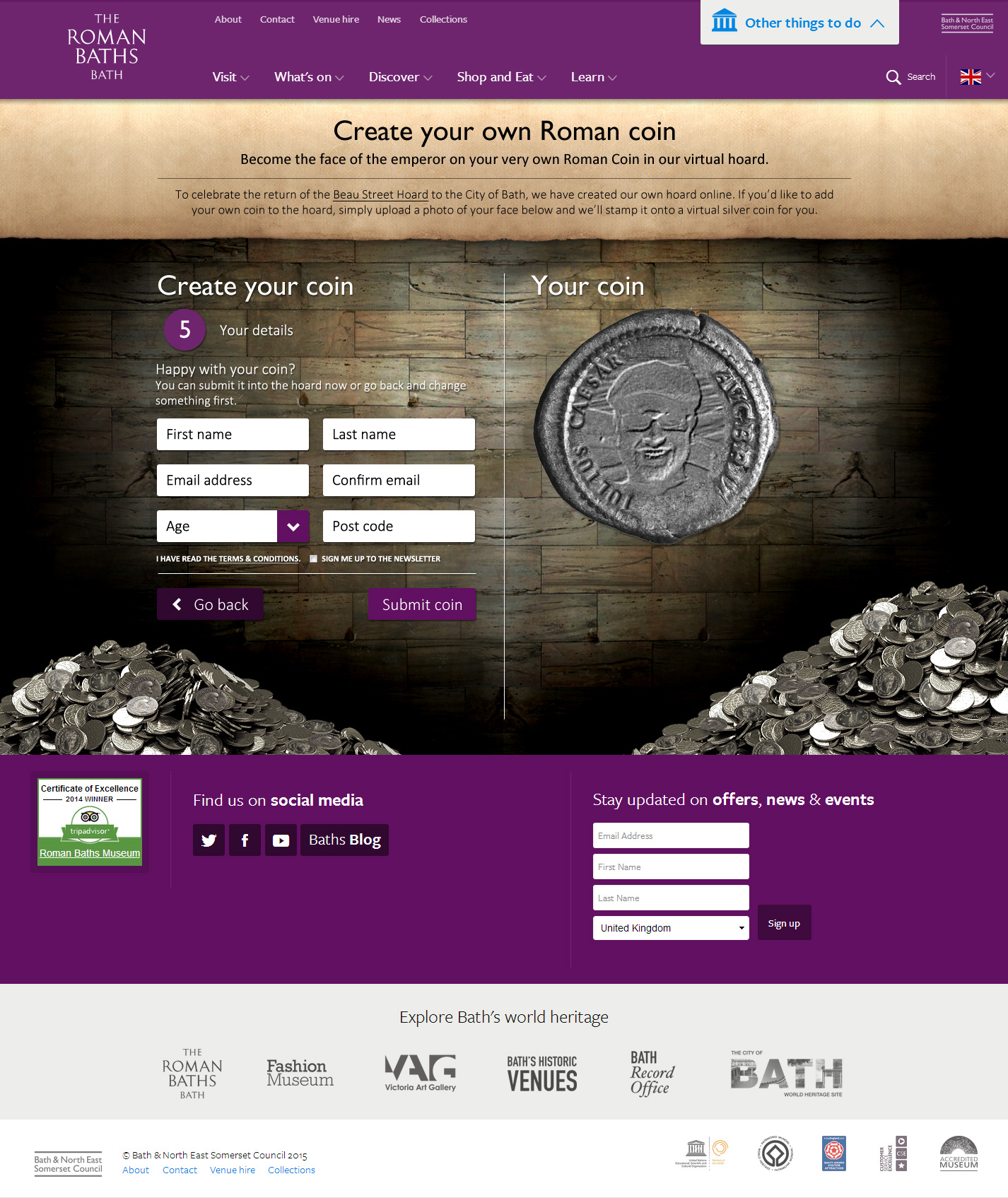 After developing the initial idea we then built the entire mobile-friendly web-application which allows a user to upload & crop their own photos online, then stamp them onto a virtual coin along with an emperor name which appears around the edge.

The coins are then moderated and approved before the user is notified via email and can share their coin online or download it.

This was the second seasonal campaign that we created for the Roman Baths. They had had a great response in previous years with simple competition mechanics using Facebook and we wanted to create a campaign that had longevity over the Easter period and engaged children and adults alike.

We decided to launch an online treasure hunt which involved hiding a piece of treasure from their collection on their main website every week. We then asked people to find them and enter a secret code in order to enter a prize draw. 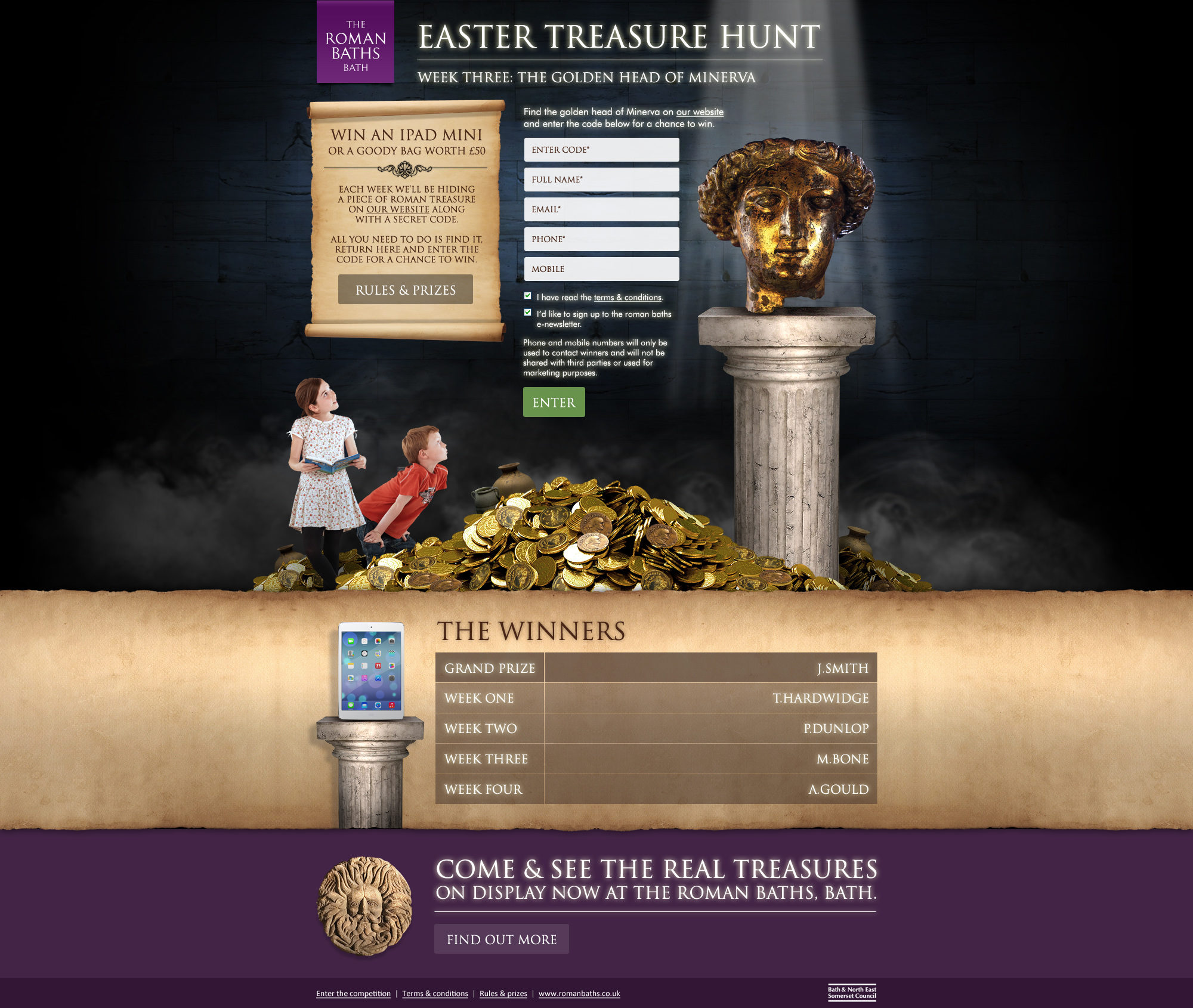 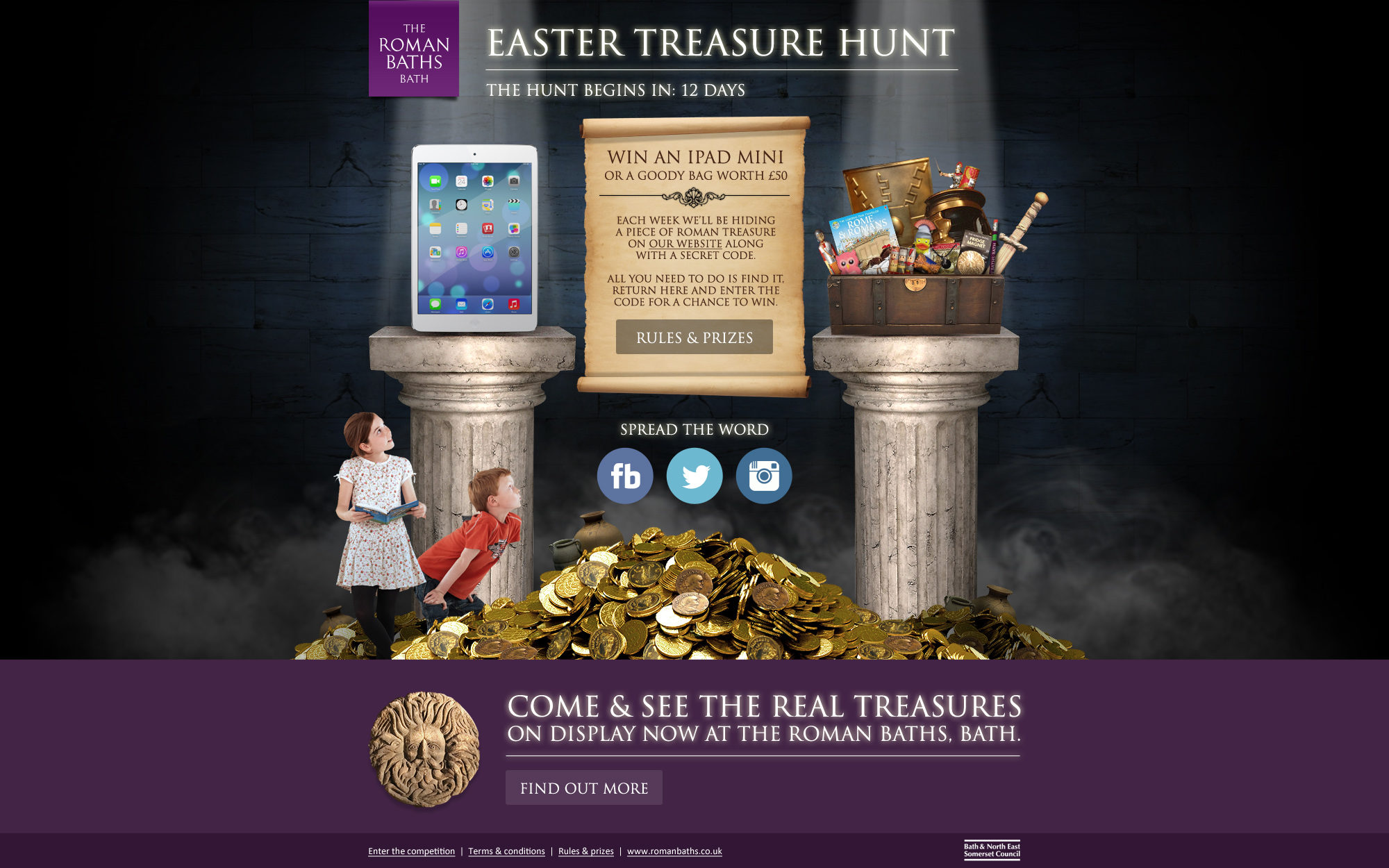 We promoted the campaign with email marketing, online display and Facebook advertising. The level of engagement and returning users was phenomenal and the campaign was a great success in terms of raising awareness, increasing visits to their website and also building up their email newsletter list.

After the success of our Virtual hoard app for the Roman Baths, we were asked to develop a new game which would help teach children about Roman numerals, and test their knowledge.

After each level is completed, the winner can receive a e-certificate to print out and share, this helps to encourage learning and also feeds into their data capture strategy. 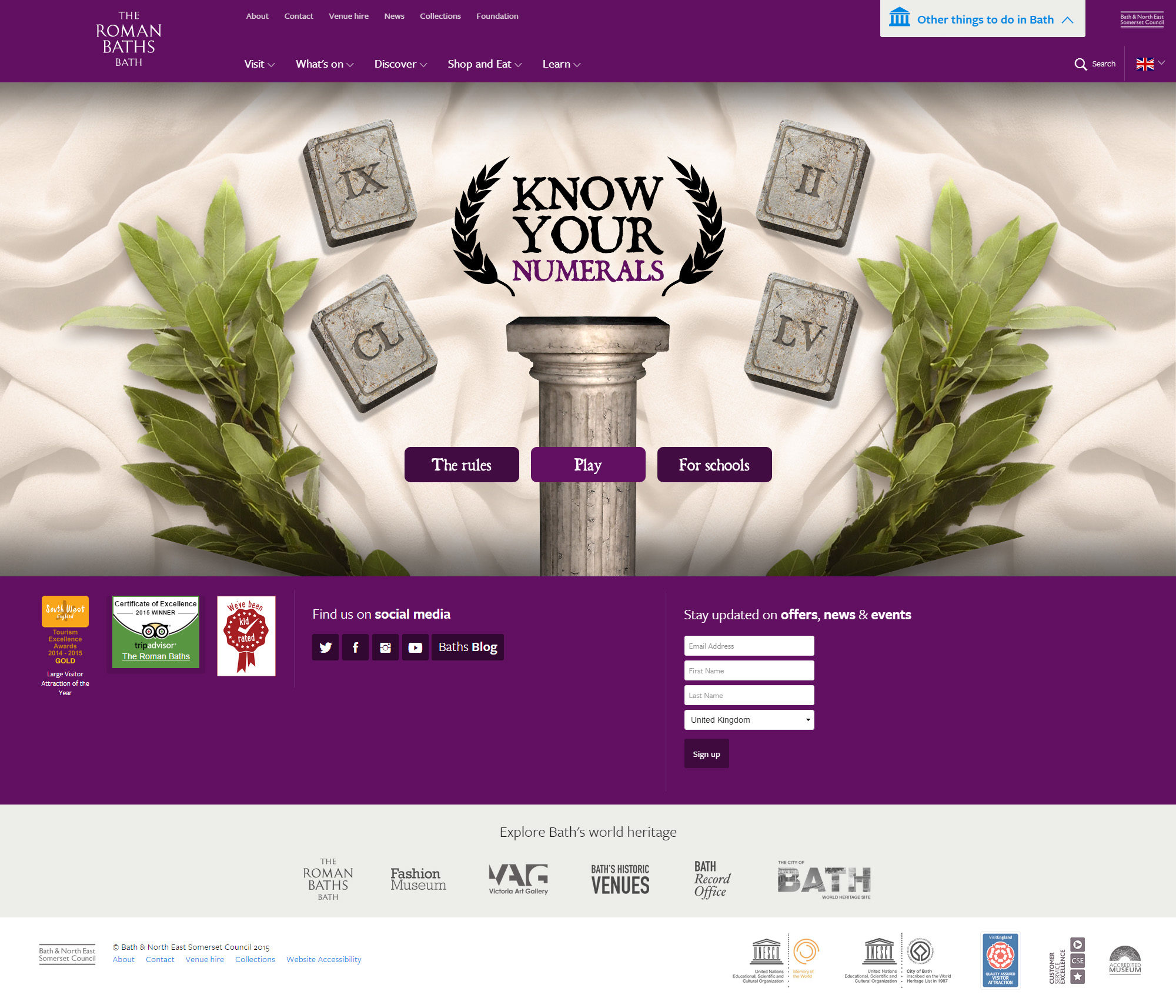 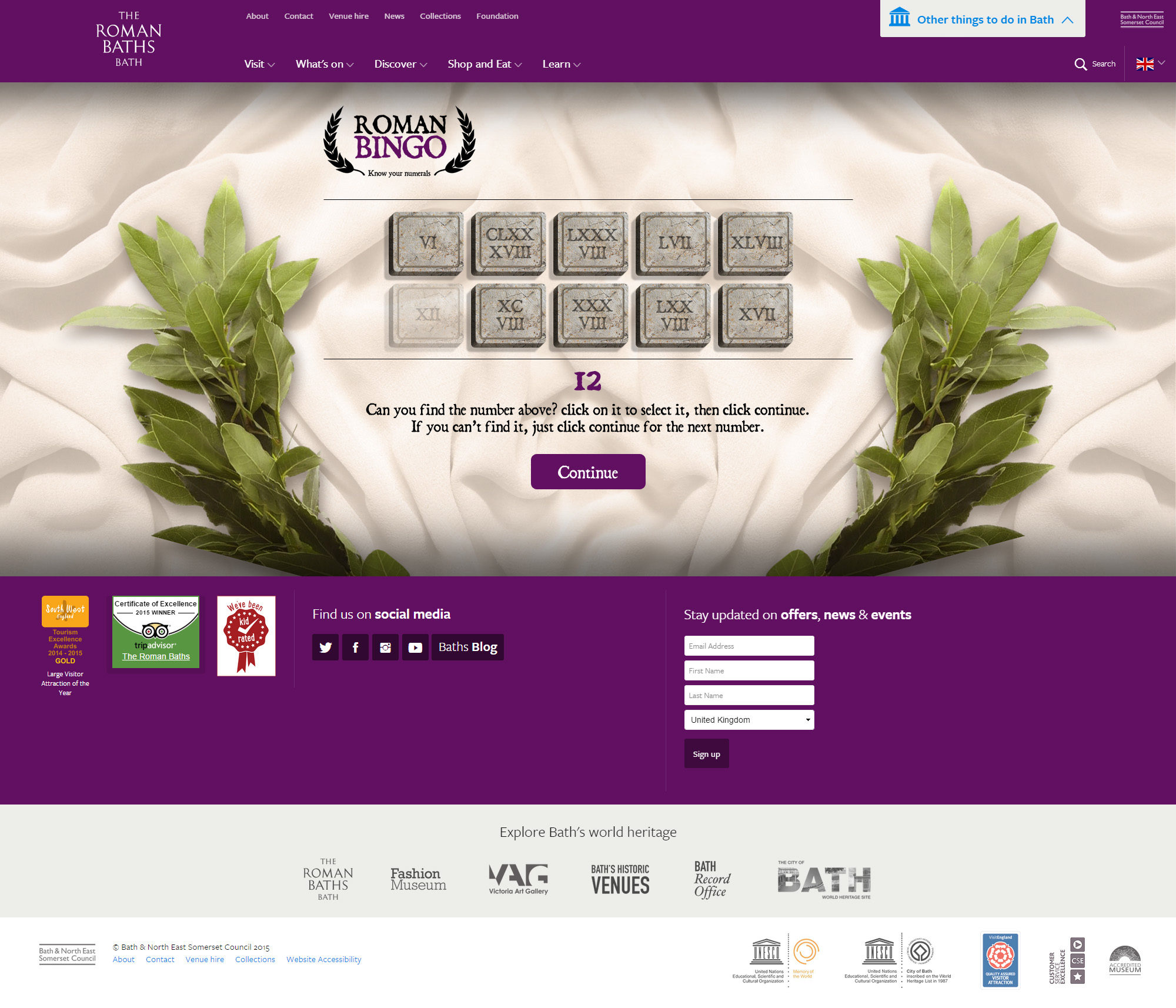 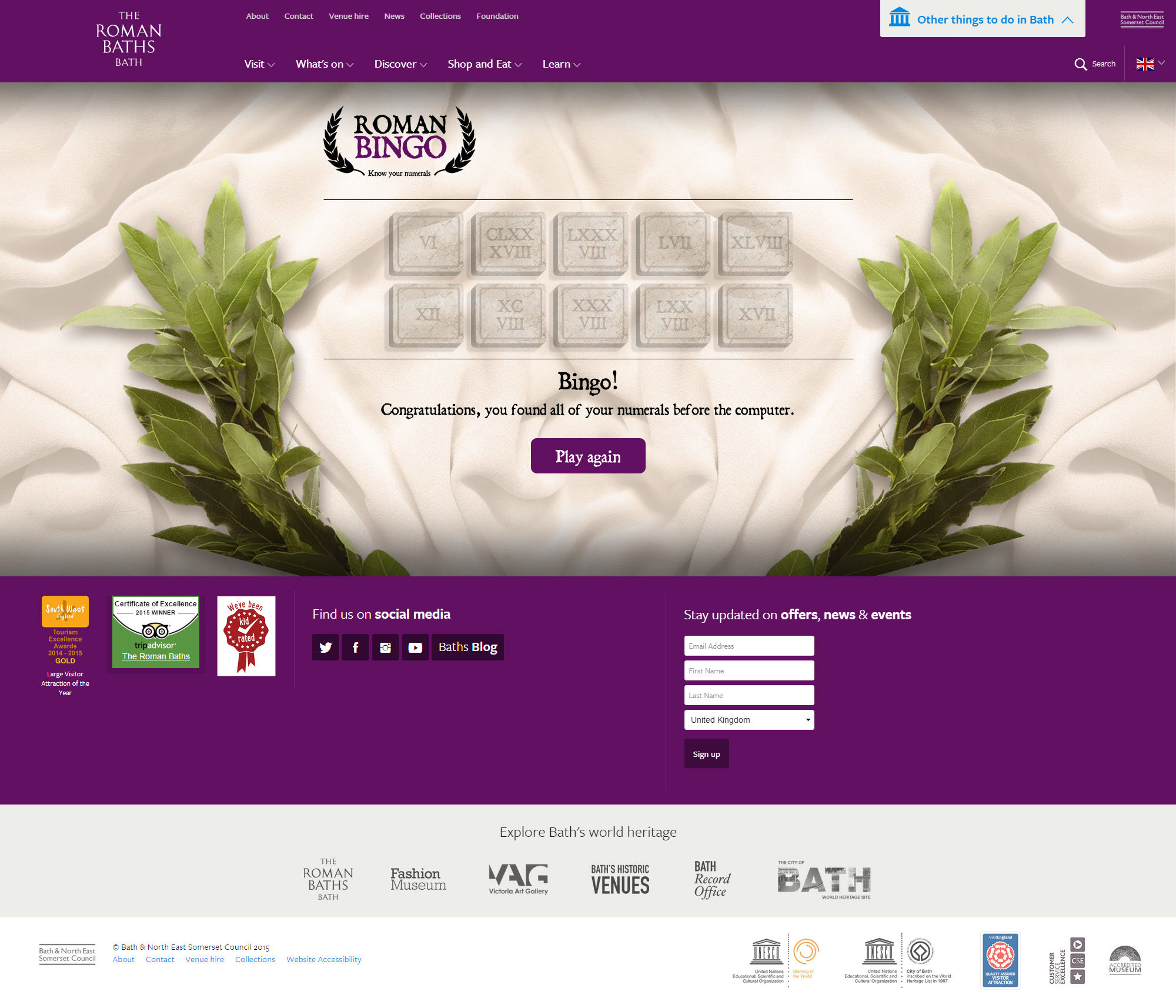 In addition to this, we wanted to provide teaching aids for school teachers. The game can be played on-screen in a classroom like a traditional game of bingo, and a downloadable PDF of randomised numeral sheets can be generated on the fly.