In 2019 we launched a new Kids mobile app for the Roman Baths. The app contains a number of activities and educational quizzes to engage younger visitors to the Baths. 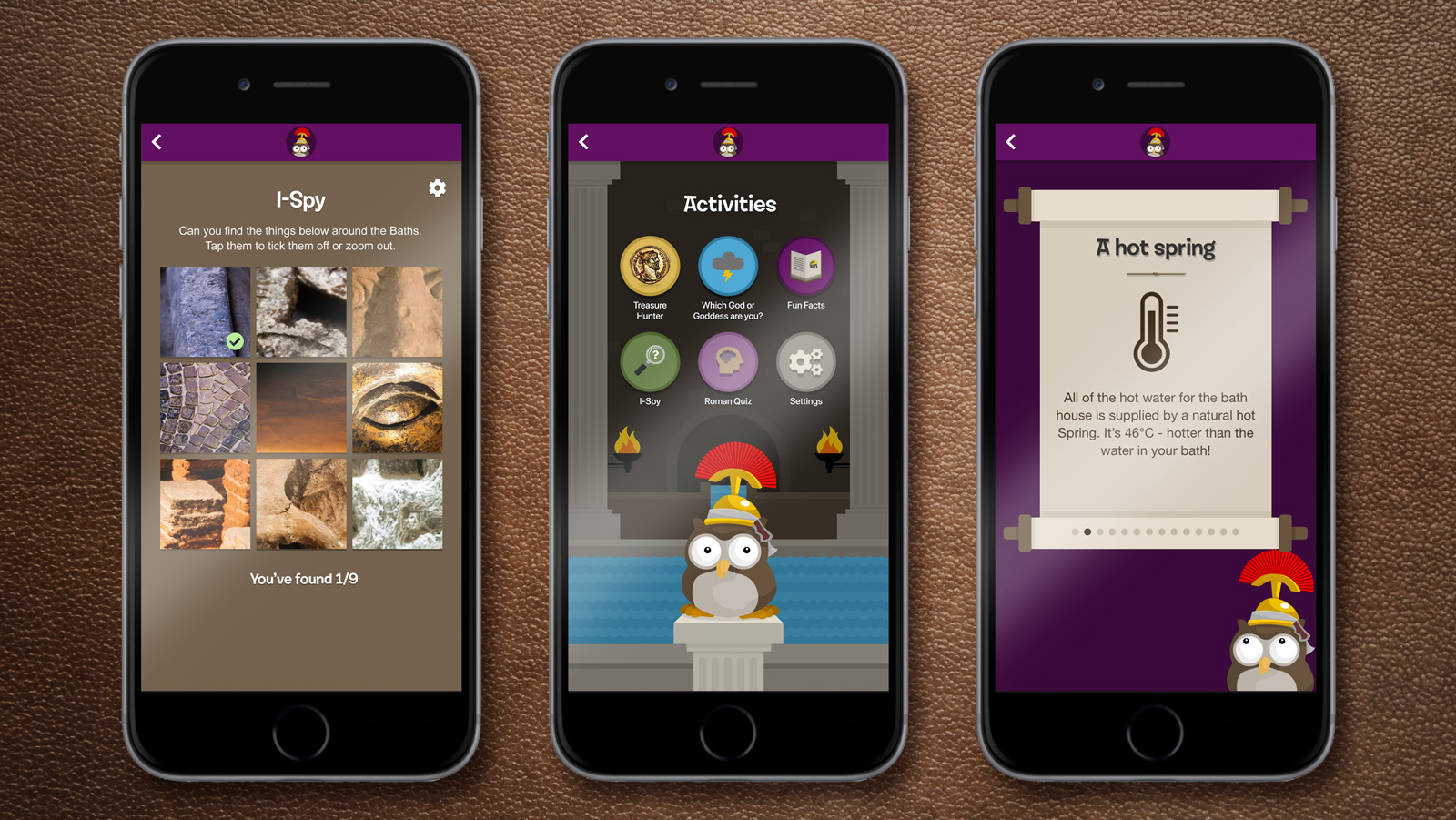 The app uses an in-built QR code reader to allow visitors to scan markers around the Baths and collect a series of Roman coins. Once all of the coins have been collected, they are invited to enter a prize draw competition to win a Roman-themed goodie bag.

The app has been created for both iOS and Android platforms. 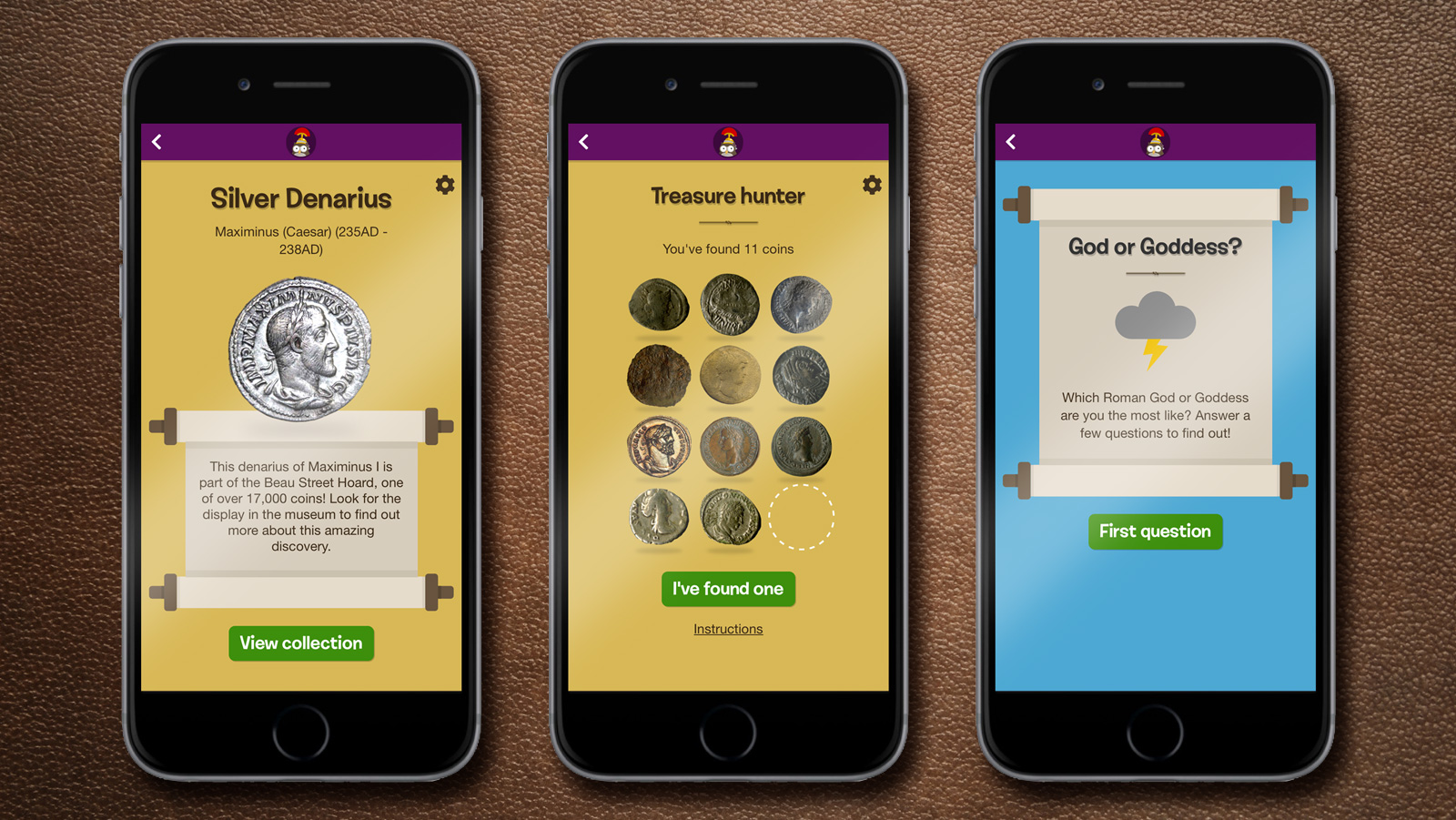