A really exciting one for us, we designed a new homepage for James (the band). Initially redesigned to help promote their new album “La Petite Mort” in June 2014, we have since re-designed the homepage for all subsequent album releases.

We were pitching against other agencies and the record label for this project, and were delighted when the band fell in love with our designs. It’s just the homepage so far, but we are hoping to re-design other elements of the website in the future. 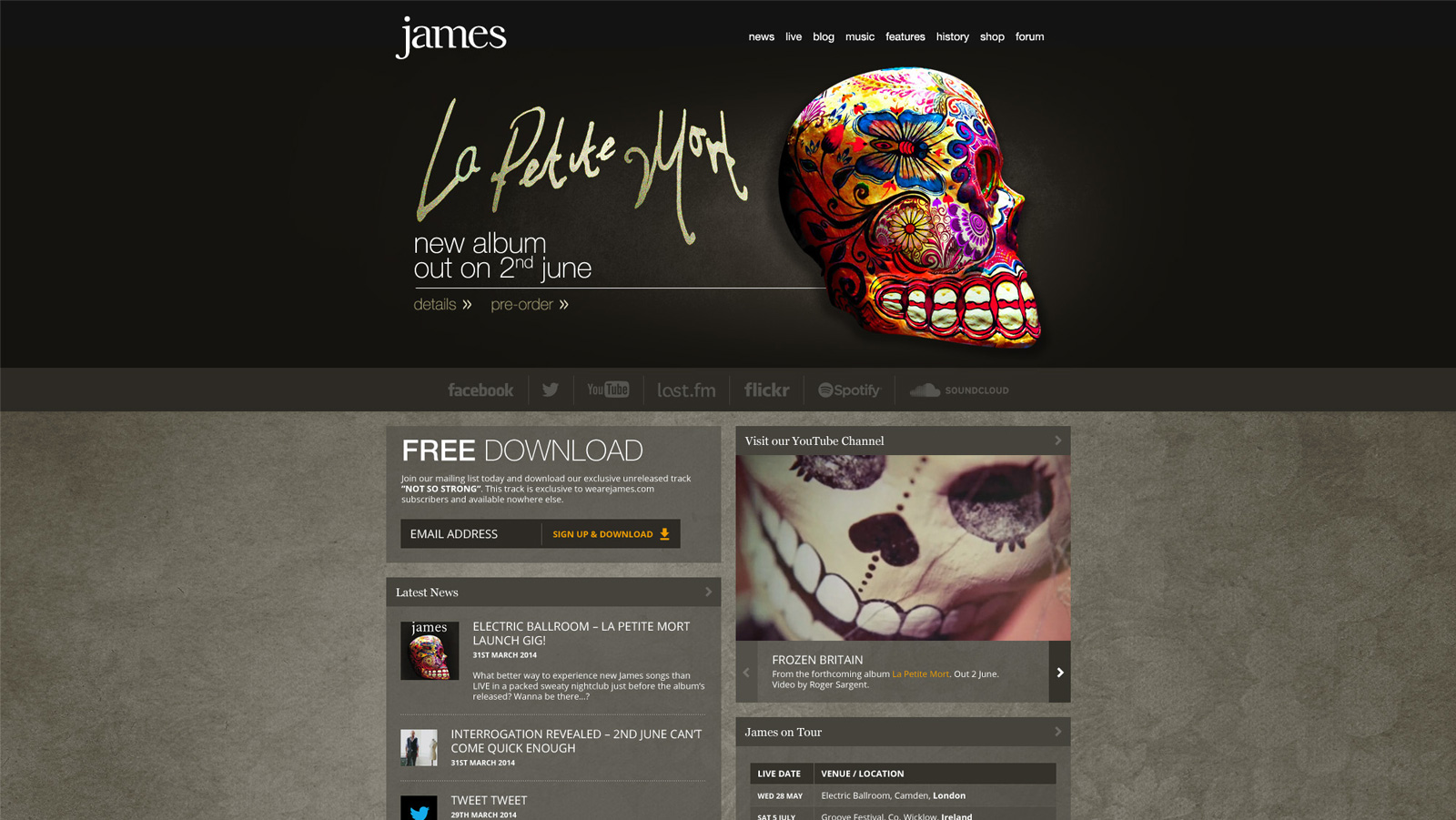 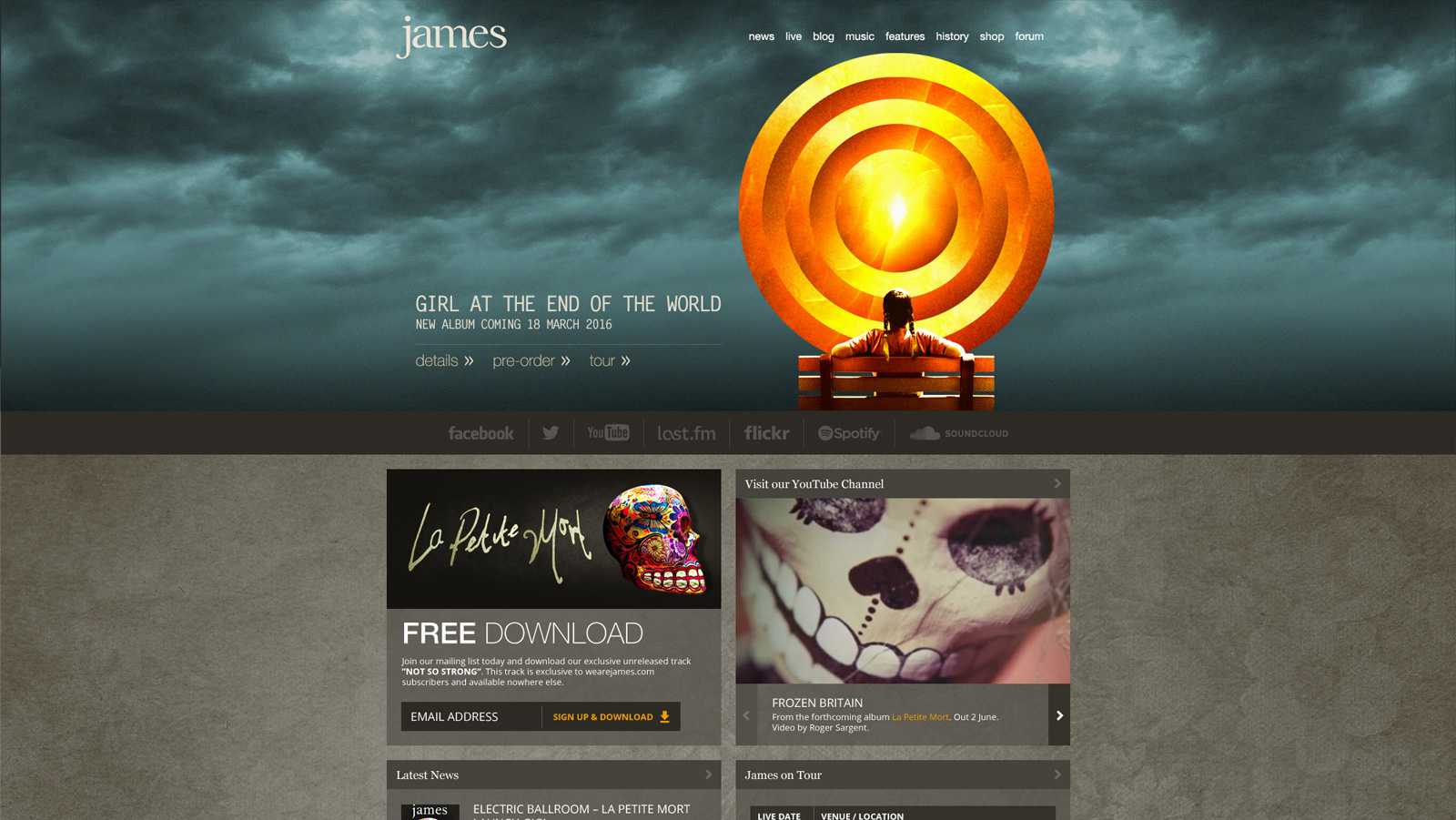 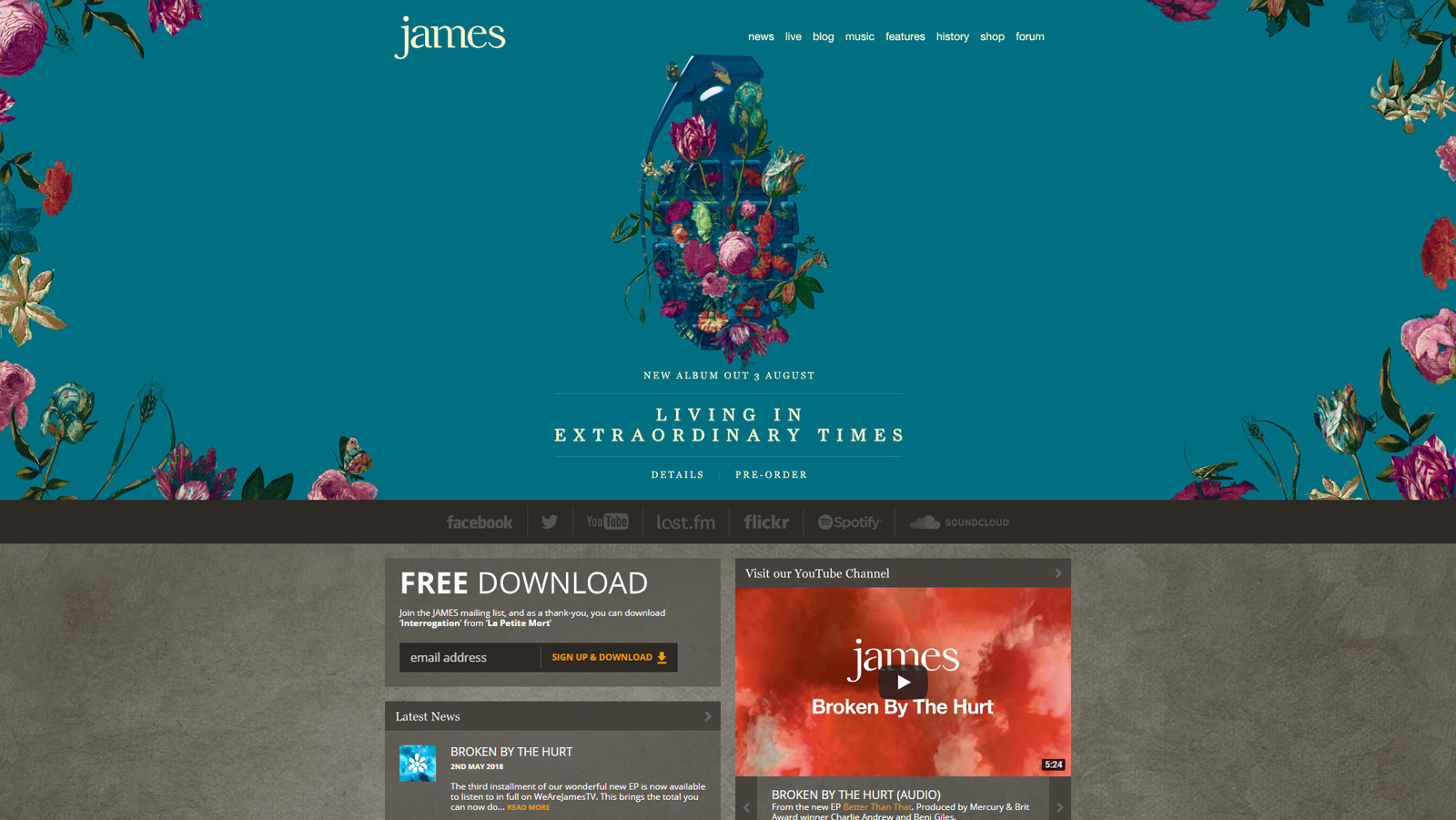 In addition to this, we were also asked to bring the album cover to life with a simple animated video to accompany their exclusive single release on NME. The animation starts and ends with the album art, but as the song progresses the circles in the centre animate and the clouds change colour.

After the success of the animated album cover art we produced for James’ single “To my surprise” (which achieved nearly 30,000 views in just a few days) we were approached by their record label BMG to produce another animation based on the art for their new single “Nothing but love”.

Based on the same visual theme, this animation was more complex and was produced to a very tight deadline.

To launch James’ new album “Living in Extraordinary Times” and a new track from the album “Hank” we re-skinned their homepage with animated elements from the album artwork and produced a synced animation to accompany their official audio track on YouTube. The animation has since been used to promote the new album on social channels.